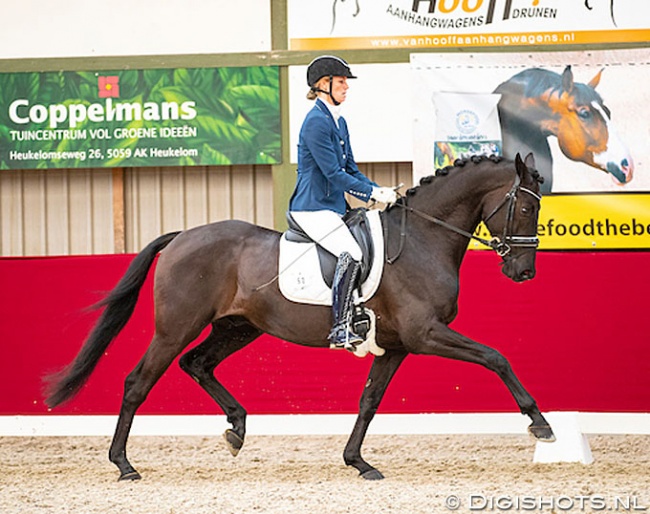 After a second assessment moment of videos by the KNHS/KWPN selection committee, fifty-nine horses have been long-listed for team selection for the 2020 World Championships for Young Dressage Horses in Verden, Germany.

The World Championships are scheduled for 5 - 9 August 2020 but the German federal government has forbidden the organisation for mass events until 31 August 2020 due to the corona pandemic. So far no new date has been announced.

The KWPN / KNHS has started its selection trials nonetheless, beginning with a video assessment. Riders were invited to submit videos on two moments, the most recent one on 20 -21 April for combinations that already did well at the 2019 Pavo Cup and 2019 WCYH.

"We saw the video's from home, but all at the same time, so we can discuss them instantaneously with each other," said Dröge. "All videos were viewed the past two days and we provided feedback. Then we made a selection."

"The selection process is now on hold, until it is clear if and when the World Championships will take place," Dröge added. "The horses who are selected now will hopefully continue the selection process at a later stage. As soon as it is announced when the WCYH will take place, we'll continue to shape the process, with probably a possibility for assessment for horses who have not yet been selected."

Videos of some horses were not sent, but they had a legitimate reason. They will be allowed to participate in a next selection day. They are Kensington (by Chagall) , King Karim (by Toto Jr), Jheronimus (by Dream Boy), Imagine (by Dream Boy) and Ivanhoe (by Desperado).

One already selected horse has also been pulled. The Italian owned King de Niro will try to compete for the Italian flag.