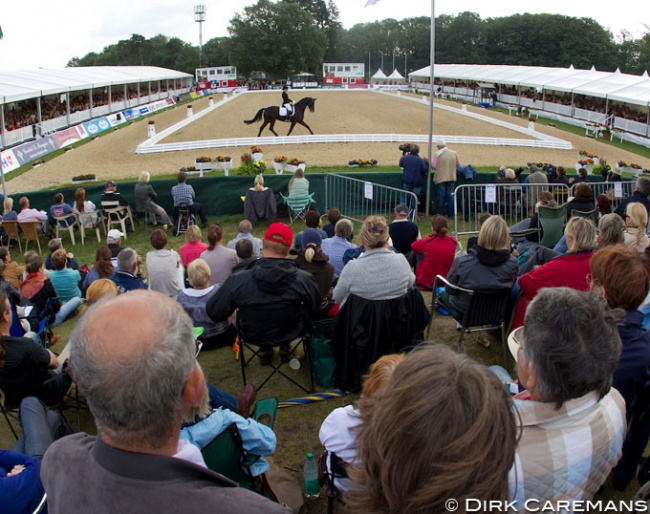 The German government has decided to prohibit the organisation of "mass events" until 31 August 2020.  This entails that no big sport competitions with a large audience are allowed to be held in this country this summer.

German Chancellor Angela Merkel met with her state leaders on Wednesday 15 April for their exit-strategy.

For Germany it means that big international horse competitions with a large audience, such as the CHIO Aachen and the World Young Horse Championships in Verden, will only be allowed to take place as of September.  It will also be questionable whether the Bundeschampionate, the German Young Horse Championships in Warendorf the first week of September, will take place as no qualifiers can be ridden this spring or summer, at least with an audience.

According to Horses.nl, the organizing committee of the WCYH in Verden "has a plan, but we still need approval of the FEI. Until then we can't say anything."

In The Netherlands the selection for Verden has already kicked off with a first round of home videos sent to the selection committee. On 20 and 21 April they will review a second set of videos, which will includes tapes of World Champion Jovian and Pavo cup champion Jameson. On 15 and 16 june a first '"live" selection trial is scheduled to take place in Ermelo

Belgian prime minister Sophie Wilmés also met with a security council and expert panel yesterday for their exit strategy and decided the same ban on events until 31 August 2020.  This means that popular musical festivals, such as Tomorrowland and Rock Werchter, will have to be cancelled and Belgium's famous cycling competition, Tour de Flanders, postponed until the autumn.

The FEI has set up a task force to reschedule the 2020 calendar, but after three weeks no new dates have been announced yet for dressage, while resolutions for the jumping calendar have already been taken.