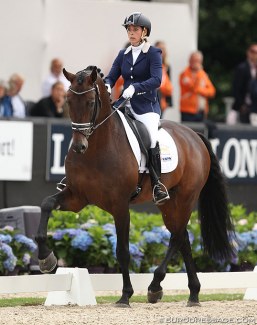 Mirelle and Ferdinand were 10th in the 2014 Pavo Cup semi-finals and competed on the KWPN stallion competition circuit in 2015 and 2016. They showed at the 2016 World Championships for Young Dressage Horses in Ermelo, The Netherlands, where they finished 4th in the consolation finals. They went on to national small tour level, but never did any small tour CDI's.

In January 2019 it was announced that Ferdinand would move to Diederik van Silfhout's yard where he would be trained up to Grand Prix level. The move didn't happen until the beginning of April and the horse sold after seven weeks.

Ferdinand has now been sold to Russia.