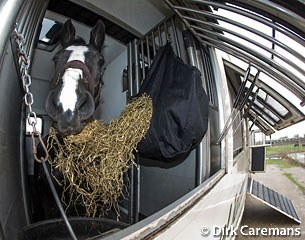 At the 2018 FEI General Assembly on 16 - 20 November 2018, the FEI Bureau was provided with an update on Brexit and the potential implications of the agreement, and EU Animal Health Law by the FEI Veterinary Director.

The major concern on EU Animal Health Law, which is not due to be voted upon until next year at the earliest for implementation in 2021, is the potential for stringent Border Station control on health certification that could cause unacceptable waiting time for FEI competition horses.

The FEI is involved in high-level discussions in order to ensure the best possible outcome for our horses. Similarly, the FEI is part of the discussions on the impact of Brexit on the cross-border transportation of horses between Britain, Ireland and other EU Member States.

Currently, the situation is unclear, but the FEI has already had meetings with Veterinary Authorities in France, GBR, Ireland and the EU as part of a cooperation between racing, breeding and equestrian sports.

The FEI is working on a project to develop a new and improved system for pony measurement which will be separate to FEI events. This will be part of discussions at the FEI Sports Forum 2019.