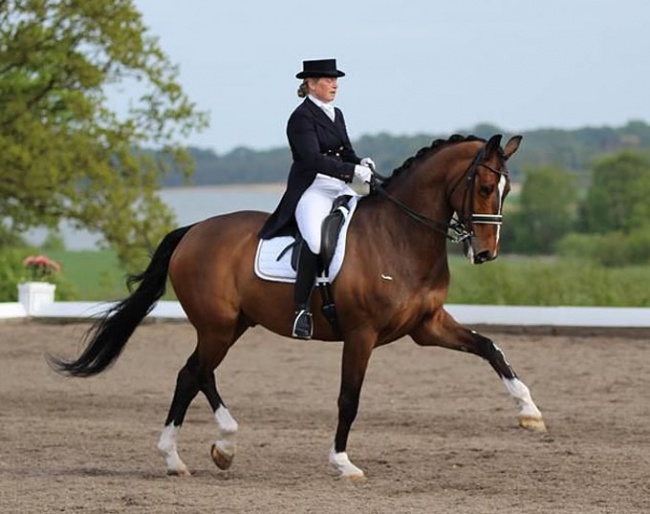 After selling her Rio team medal winning horse Atterupgaards Orthilia to Danish Agnete Kirk Thinggaard, the British based Bigwood has not been sitting still.

Not only did she sell her property Bourne Hill and relocated to a new renovation project, Brantridge Park, but she also went on a serious shopping spree, buying young horses and rising Grand Prix horses for herself and her husband Anders Dahl, as well a confirmed Grand Prix that she can show straight away.

Round the turn of the year, Fiona added a fifth horse to her string: the now 14-year old Danish warmblood Kjaerholm's Abutsiag (by Michellino x Limelight), who has been trained from young horse level to Grand Prix by Lene Ejby Christiansen. The combination finished 13th at the 2017 Danish Grand Prix Championships.

Bigwood is entered to compete both Foxfire Blitz and Abutsiaq at the 2018 CDI Nieuw en St. Joosland on 3 - 8 April 2018.