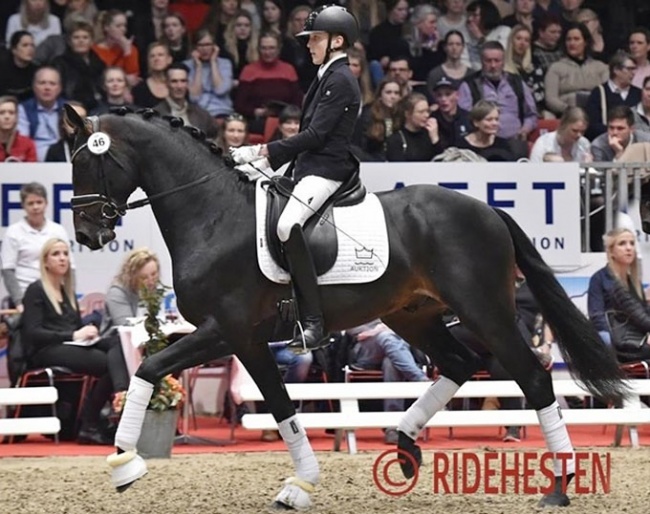 The show jumper Cliffhanger (by Cabachon x Quite L) became the second most expensive horse, selling for 65,000 euro, but the owner bought him back. This made Dee Jay Lindebjerg (by Diamant de Semilly) the best selling jumper for just 22,000 euro.

The 5-year old Baunehøjens Carpaccio (by Charmeur x White Talisman), bred by Pia Gobert and Asger Lorentzen, sold for 56,000 euro to a Danish buyer. The bay is competing in the DWB 5-year old Championship in Herning the same weekend.

Two horses fetched a knock down price of 38,000 euro: the American bred palomino Furstengold (by Furstenball x Michellino) and Call Me Zorba (by Sezuan x De Noir). They will both stay in Denmark.

Twenty-six horses were presented at auction and 18 of them sold. They achieved an average price of approximately 30,000 euro.