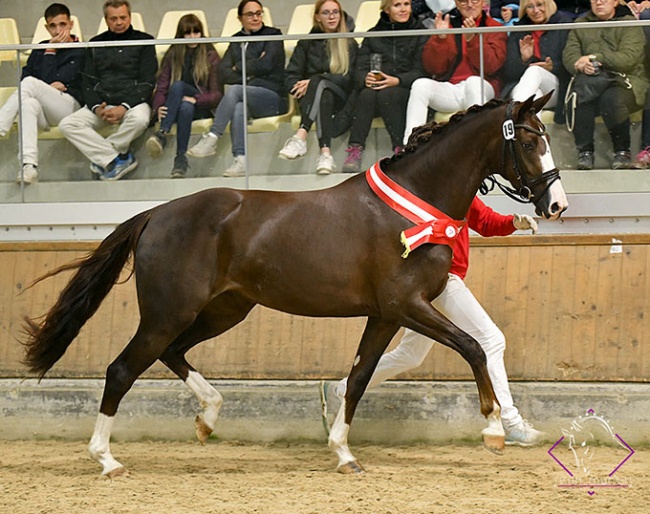 The mare championship was judged by Hans-Heinrich Brüning and Dr. Helmut Feigl

Ten mares were selected for the championship ring for 3-year olds and it was Tahliya MH (by Governor out of Toscana (by San Amour)) who claimed highest honour. The liver chestnut is bred and owned by MH Pferdezucht- und Sport. She scored a total of 8.8 points.

The reserve champion's title was given to Broadmoars Walerie (by Livaldon x Bailamos Biolley), bred and owned by Broadmoar. The long legged mare scored an 8.7 overall with 9.5 for her gaits.

In the 4-year old mare category there were five mares challenging for the title. The black Auheim’s Sarah Kay (by Secret x Licotus) was chosen as champion with a 9.0 final score.

The reserve champion was Zazou ZGE (by Zoom x Dimaggio), bred by Eisenberger. She totalled 8.4 points.