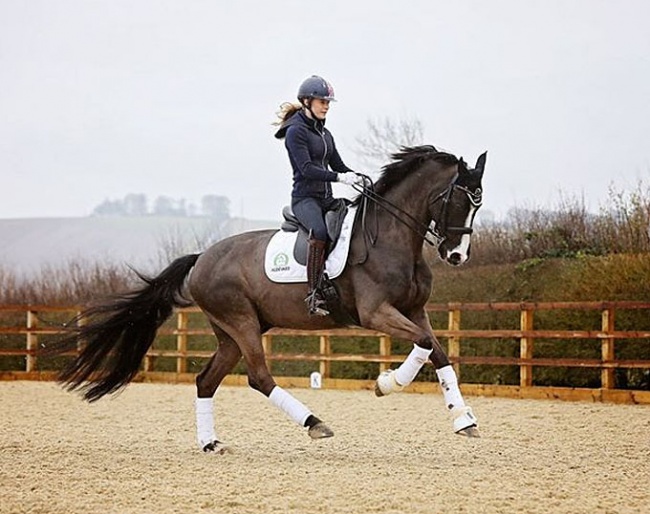 Wilson Stensvang is a 10-year old Danish warmblood gelding by Wilkens out of Lina Stensvang (by Don Schufro).

He is bred by Lene Schmidt Fræhr and Egon Fræhr and was owned by Danish horse dealer Klaus Munkedahl.

The black was trained by Klaus' head rider Sanne Henningsen. He made his competition debut in Denmark in 2015

For one year and a half, between January 2017 and July 2018, Wilson was not competed. He returned to the arena in the summer of 2018 with a double win. In 2019 Wilson was competed by Jeppe Houmann Petersen, but in January 2020 Henningsen took him back into the arena.

'I'm super excited about him," said Jessica. "He finds a lot of the work at the higher levels so naturally easy."

McConkey has not been able to show Wilson due to the corona pandemic.

"Since Wilson has joined us we have not yet had the chance to compete him, but we are very excited about our future as a partnership," said McConkey. "We will be aiming to campaign in the young rider classes internationally next season along side Lady Gaga, my current top horse."

Her hopes were to represent Great Britain at the 2020 European Youth Championships, either with her long-time partner Lady Gaga or with Wilson.

"The 2020 Europeans was definately the goal this year, especially this being my last year of Juniors! But currently this decision is not in our hands," she said. "Obviously I would love the opportunity to go again. Not many decisions can be made until we have more clarity on UK government policy."