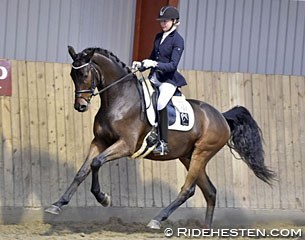 This year, Denmark has decided on a new format for Danish WCYH team selection: At the first observation trial in Vilhelmsborg on 26 May 2017 the selectors will create a long list of combinations eligible to compete in a team selection competition at the 2017 Danish Dressage Championships in Broholm on 8 - 9 July 2017.

The horses which have already qualified through past championships and that are now invited for the observation trial on 26 May 2017 are listed here. Several of these (Vincent Maranello, Rockson, Fiontini) have been sold abroad the past year, but the Danish Equestrian Federation has extended an invitation to their new riders  that they are welcome to try out for selection in Denmark.