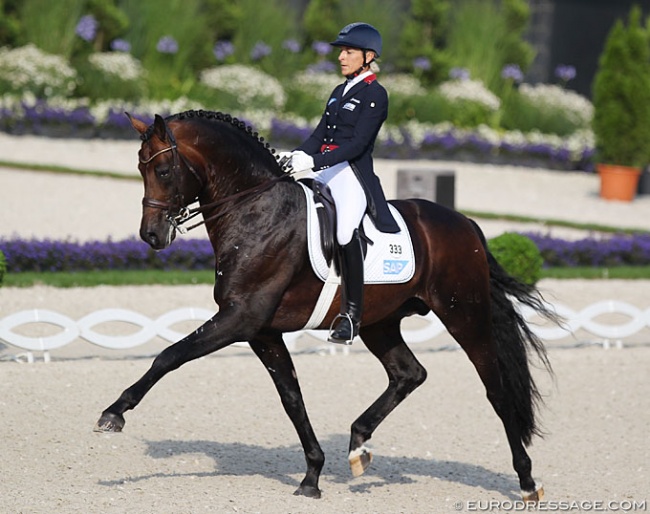 Following her most recent results at the 2019 CDI Frankfurt, Ingrid Klimke and Franziskus have been submitted to the German A-Team.

The dressage selection committee of the German Olympic Committee (DOKR) decided to promote Klimke and the Hanoverian stallion (by Fidertanz x Alabaster) from the B-team (Perspective squad) to the A-team (Olympic squad).

This is an extraordinary feat for Klimke, who is now a member of the A-squad for both dressage and eventing. Ingrid is the ruling European Eventing Champion aboard Hale Bob.

At last weekend's CDI Frankfurt, Ingrid and Franziskus scored 76.128% in the Grand Prix Special and placed second. In November she also scored 75.413% at the CDI Stuttgart.