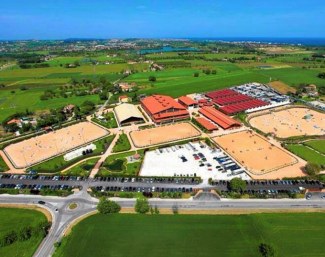 Just one week after the FEI reopened the bidding process for hosting the 2019 European Children, Junior, and Young Riders' Championships, Italy has come to the fore and launched their bid.

The FEI had to reopen the bidding process and Italian dressage website Tutto Dressage announced that equestrian centre Horses Rivieri Resort in San Giovanni in Marignona is an official candidate to run the Championships.

Tutto Dressage also mentioned that the venue has offered to take on the 2019 European Under 25 Championships.

The FEI Bureau will vote on the allocation of the major championships at the next General Assembly in December 2018.