2018 European Under 25 Championships Move to Exloo 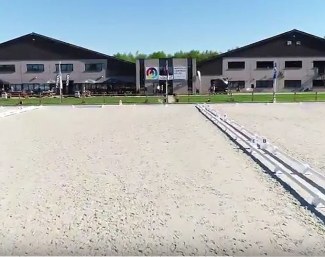 The die has been cast! The 2018 European Under 25 Championships will not be taking place in Roosendaal, but will move to Exloo,  The Netherlands.

Leon van der Pluijm, owner of equestrian centre Den Goubergh in Roosendaal, has been struggling with financial issue and was already forced to cancel the CDI Roosendaal in June.

The Dutch Equestrian Federation (KNHS) has now decided to no longer risk hosting the Under 25 Championships in Roosendaal.

"With the priority to get financial security in the future the decision is made that Den Goubergh Roosendaal will not organize the EC U25 this year," the KNHS stated. "For the short term is chosen to move the championships to Hippisch Centrum Exloo."

The Exloo organizers will host the European U25 Championships at the same date, 13-17 August 2018, and there will be no changes in the judges panel. The FEI has formally approved the change of the venue.

Exloo will also be hosting a CDI-PJYR the same weekend, making this show a big youth dressage festival