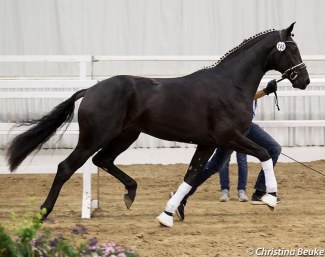 Ninety-nine colts have been selected to appear at the 2018 Hanoverian Stallion Licensing in Verden, on 24 - 27 October 2018.

The Hanoverian stallion licensing committee assessed a huge group of colts born in 2016 at 18 pre-selection days between 4 and 13 September across the north of Germany.

No less than 500 young colts were presented at the pre-selection and the committee deemed 99 eligible to appear at the licensing, of which the majority group are dressage bred.

The full dressage collection of colts for the Hanoverian licensing can be seen here.