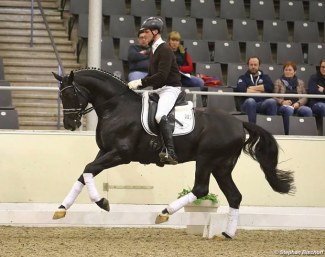 He achieved strong scores at his sport test in 2017. He was he second highest scoring 5-year old in the sport test in Verden with 8.90 points. The stallion got 8.8 for trot, 9.0 for canter and walk, 8.8 for rideability and 9.0 for general impression.

Bon Coeur also became the reserve champion at the 2015 and 2016 Bundeschampionate for riding horses.

"Bon Coeur has enormous potential both in breeding and as a competition horse, and I'm particular attracted to his his incredible rideability and beautiful mechanics.  It will be very exciting to educate and develop such talent," said Tinne Vilhelmson Silfvén, who is head rider at Lovsta Stuteri.