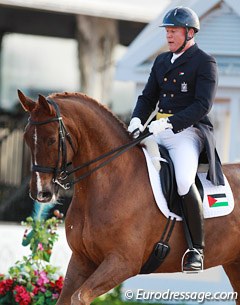 A total of six nations will be making their Olympic and Paralympic debuts at Rio 2016 when they field athletes for the equestrian disciplines of Jumping, Dressage, Eventing and Para-Equestrian Dressage.

Five National Olympic Committees will be sending equestrian athletes to an Olympic Games for the first time at Rio in August: Chinese Taipei and Qatar for Jumping, the Dominican Republic and Palestine for Dressage, and Zimbabwe for Eventing, while Uruguay will be sending its first Para-Equestrian Dressage athlete to the Paralympics.

Rio 2016 is the first Olympic and Paralympic Games ever to be held in South America and a total of nine South American countries will compete in equestrian at Rio 2016, with Peru securing its first individual qualification in Jumping.

A total of 43 nations have earned qualification for the Rio 2016 Olympic Games across the three disciplines of Eventing, Dressage and Jumping, with 30 countries targeting the equestrian medals at the Rio 2016 Paralympic Games, where Para-Equestrian Dressage will celebrate 20 years in the Paralympic Movement.

“We are thrilled to be welcoming new nations to the Olympic and Paralympic equestrian family and to have 43 flags at the Rio 2016 Olympic Games and 30 for the Rio 2016 Paralympic Games”, FEI President Ingmar De Vos said. “It’s a testament to the increasing global appeal and universality of our sport to see equestrianism represented at the top level in so many countries. The Olympic and Paralympic Games are the pinnacle of our sport and we are looking forward to absolutely top class equestrian action during both Games.” 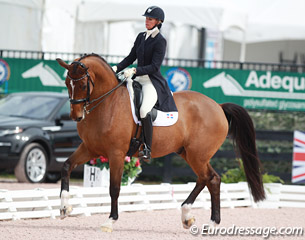 The Olympic equestrian events get underway the day after the Opening Ceremony in Rio on 6 August 2016 in Deodoro, where the world’s best athletes will compete for team and individual medals in Eventing, Dressage and Jumping.

The Rio 2016 Para-Equestrian Dressage action kicks off on 11 September for what promises to be the largest celebration yet of high-performance sport for people with an impairment, where athletes will target individual medals across grades Ia, Ib, II, III and IV, as well as team medals.

The full list of qualified Olympic nations is here with summaries on the Olympic qualified nations below: