Change in Management at Gestut Nymphenburg 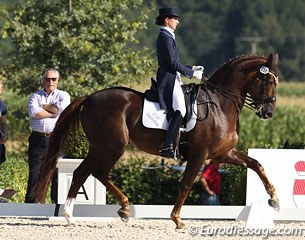 A change in management has taken place at dressage breeding, sales and training facility Gestut Nymphenburg in Bad Zwischenahn, Germany. Johanna von Fircks is following her heart and moved in with her partner, eventer Dirk Schrade, while the general management as been handed to head rider Tessa Frank.

Together with chief rider Tessa Frank, she has trained and competed numerous top dressage horses across all dressage levels, from the World Young Horse Championships to international Grand Prix. Aboard Nymphenburg Rockport (by Relevant), Von Fircks has established herself as a confirmed Grand Prix rider.

Johanna is now following her heart and moving in with her long-time partner, German Olympic team gold medallist Dirk Schrade, in Sprockhövel, Germany.  "The constant, time-consuming commute across this long distance just had to end," Johanna commented. 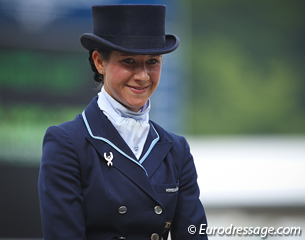 Johanna will continue working for Gestut Nymphenburg at her partner's yard. The 28-year old Tessa Frank will take over Nymphenburg's daily management as one of the youngest stud-managers in the country.  Frank has been extremely successful in Germany in the young horse classes as well as up to S-level.

"Of course, on the one hand I regret the departure of my daughter as she always produced outstanding work," said Helmut von Fircks. "As her father her personal happiness is more important and then she has to follow her intuition concerning her relationship. I'm sure that even from a distance we can work together really well. It's a gift that I could build a company with my daughter from scratch to a seriously well running business."