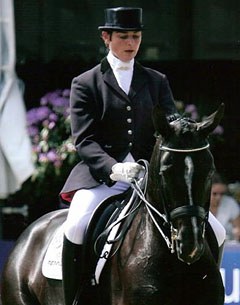 Dressage horse breeder Marian Dorresteijn has been elected a new member on the KWPN stallion licensing committee for dressage. Three new stallion committee members were appointed at the KWPN Board Meeting on 20 June 2012.

Dorresteijn was appointed stallion dressage committee member, while Hester Klompmaker became show jumping committee member and Marloes van der Velden Guelderlander committee member. Three women have been appointed on the stallion committee, which is unique but not surprising as it followed an official complaint from inspector Karin Retera a while ago. She believed she was rejected from the licensing commitee last year due to gender discrimination.

Dorresteijn, who is Coby van Baalen's sister, is a KWPN breeding judge and a passionate breeder herself. She bred for instance Grand Prix horses Finesse, Idocus, Pasterbak as well as young riders' horse Mitchell.

The new committee members and chair will be functioning at the first stallion pre-selection in December 2012.