Catherine Malone Wins the Gold at the 2005 NAYRC 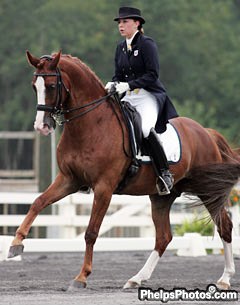 “I was nervous but I was more exhausted than anything,” said Malone explaining that Michigan is a very hot horse who had to be worked twice each day throughout the championships. “But he is a great horse for Young Riders and he did his job very well. This is my fourth year at Young Riders and it ’s been on three different horses and I have to say that he is by far the best one.”

Complete Coverage of the 2005 NAYRC at Horsesdaily.com