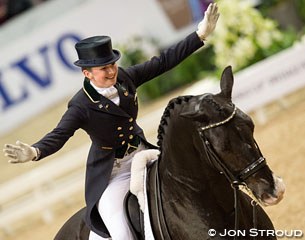 Horse Sport Ireland will nominate Kildare's Judy Reynolds and Vancouver K be nominated to the Olympic Council of Ireland to represent Ireland at the 2016 summer Olympic Games in Rio de Janeiro.

"Judy has continuously gone out and broken Irish records in her bid to secure a place for Ireland at the Rio Olympics. In the process she has raised the profile of dressage in Ireland, competing against the best in the world. Judy and Vancouver K will travel to Rio on the strength of some outstanding performances and we wish her every success."