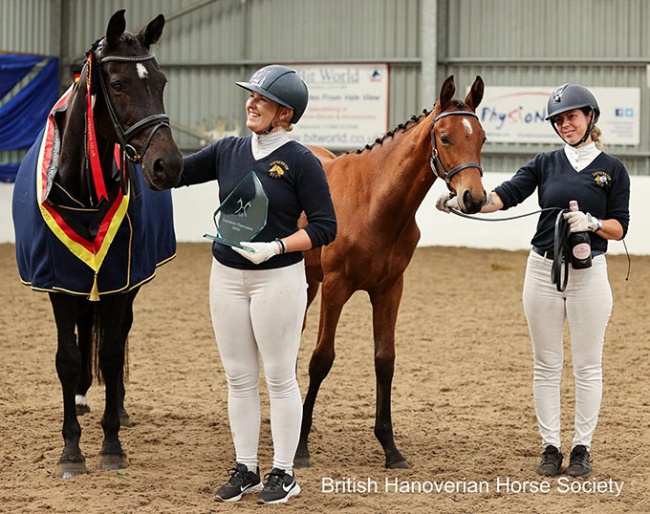 Sabatini is a 17-year old German bred Hanoverian mare by Stedinger out of Seraphine (by Sherlock Holmes x Cavalier). She is bred by Jens-Friedrich Langrehr.

The dark bay mare came to the U.K in utero. Ruth Warrington bought dam Seraphine from Christian Heinrich and sold Sabatini as a foal to Ian McRobbie. Her original name was RFW Solitare.

She was first competed in 2010 by Amy Mai Blount and Sally Jane Green, before Charlotte Dicker, the grand daughter of British dressage legend Jennie Loriston Clarke,  took over the ride in the autumn of 2014.

Their last season together was in 2019 with CDI starts in Keysoe and Nieuw en St. Joosland.  Sabatini was retired from sport after Joosland.

The dark bay mare, who is nicknamed "Soli", already served as a broodmare before her big sport career. In 2011 she produced Ulyssa (by Uthopia), owned by Ian McRobbie.

After her retirement from sport, Sabatini was bred to Catherston stud's Timolin (by Totilas x Sion) and produced a 2022 born filly named Tambatini.

"I feel so grateful to have such an amazing horse and to be able to breed my next stars from her," said Dicker. "The German judge, being the Hanoverian breeding director, had such lovely comments about both girls and they both behaved impeccably! Very grateful for the wonderful prizes, beautiful sashes, rug & trophies. I didn’t think Soli would be adding more to her collection now she’s retired and being a super Mumma."