About Me Sells for 1.35 Million at 2022 Hofauktion Borgmann 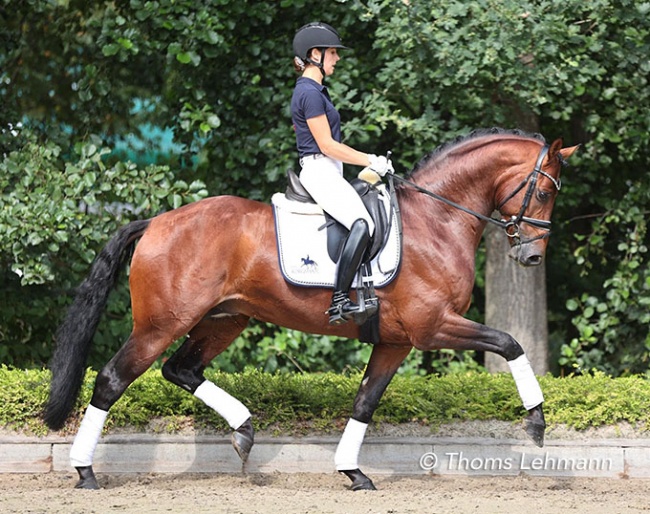 In 2020 his then 4-year old stallion About You (by AC/DC x Estobar) caused a sensation when he sold for 1.65 million euro to The Netherlands. This year full brother About Me pulled the same trick. Andreas Helgstrand had to dig deep into his pockets to secure About Me. He had the highest bid at the auction for 1.35 million euro, a price claimed which needs to be paid in full instead of a pre-auction deal.

The collection included 16 young horses, from top talents to also horses for  the leisure rider and adult amateur.

The second most expensive horse in the collection was Amore Mio, a 5-year old gelding by Adrenalin x Estobar, which according to Borgmann fetched "around 160,000 euro). He will move to The Netherlands.