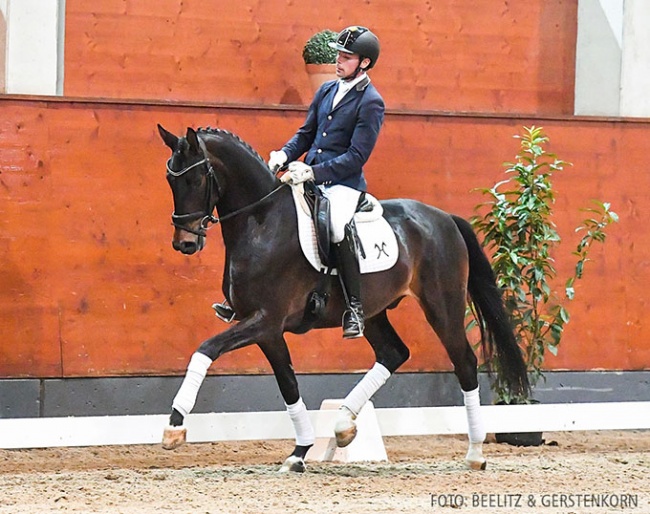 Serengeti became the best selling horse in the 2022 Hanoverian Online Auction of July of which the bidding concluded on 16 July 2022.

Even before the final bid up began, Serengeti (by Secret x Don Primero - breeder and exhibitor: Hartmut Struß) was in high demand. The four-year-old dark bay out of the highly successful dam line of Blenna was auctioned off for 40,000 euro to a dressage rider from the Rhine-Main area.

Equipped with a jumper pedigree, Boss Orange (by Balou Peggio x Catoki) convinced above all with his outstanding rideability and generous movement under the dressage saddle. A customer from Belgium invested 35,000 euro for the colourful chestnut gelding.

The collection was characterised by great homogeneity. 38 of the 50 dressage and jumping talents brought their exhibitors hammer prices of over 15,000 euro. 22 riding horses will leave Germany. Most of them were auctioned off to other European countries. Five Verden auction horses will be going to the USA, one found a new owner from Chile and one from Uzbekistan.