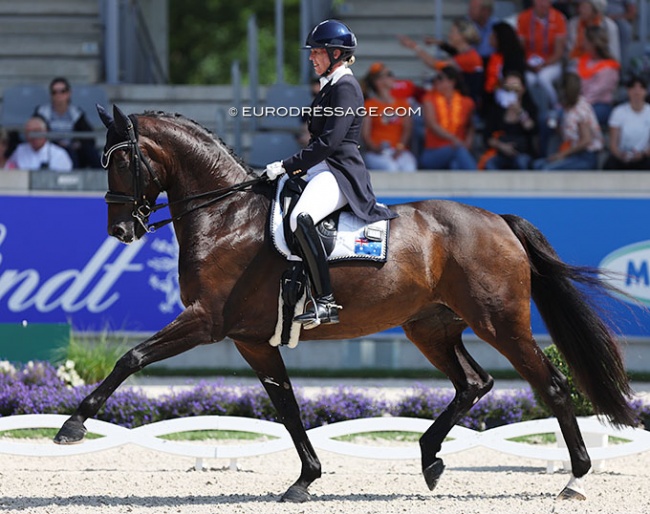 The Australian equestrian federation has announced a short list of riders which are in the final stretch towards team selection for the 2022 World Championships Dressage.

On 4 July 2022 the nominative entry list had to be announced and Australia has put six riders and eight horses on the list.

Lyndal Oatley has been the most consistently scoring Australian rider of the moment. Simone Pearce and her new ride Fiderdance scored 69.761 and higher at the three shows they ride. Mary Hanna and her Olympic mount Calanta went from 67.609% to a 69 and 70%, while Syriana had marks over 70 in Australia this year, but in Europe her Grand Prix high score is 67.935%.