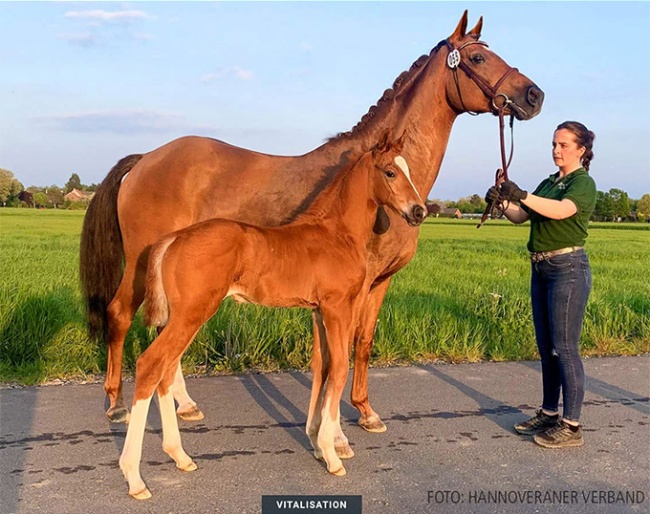 Vitalisation, the first candidate of the second online auction of the Verden Foal Spring 2022, aroused the highest desires. The Vitalis x Apache son sold at 67,000 euro.

Bred and owned by Johannes Baumeister, the chestnut colt was a late addition to the collection, but the most coveted lot. Already at the foal show in Kempen he convinced as the winning foal and was directly selected for the second foal auction.

A total of 15 bidders fought for the dressage foal with outstanding quality. After 65 bids, the virtual hammer fell at 67,000 Euros. A customer from Schleswig-Holstein secured this promising young chestnut colt.

Most of the foals will stay in Germany. Customers from France, Great Britain, Romania, Hungary and the Czech Republic will enjoy their Hanoverian talents in the future. A total of eight foals will leave Germany.

Colt Superdry (by Secret x Danciano de Malleret) sold to France for 10,500 euro. He will be joined by Feine Dame (by Furst Belissaro x Furst Wilhelm) for 5,250 euro.

The Verden Foal Spring continues at two-week intervals. The next online foal auction dates with about 30 foals each are May 25, June 9 and June 23. The final bid up starts at 7.30 p.m CET each time.