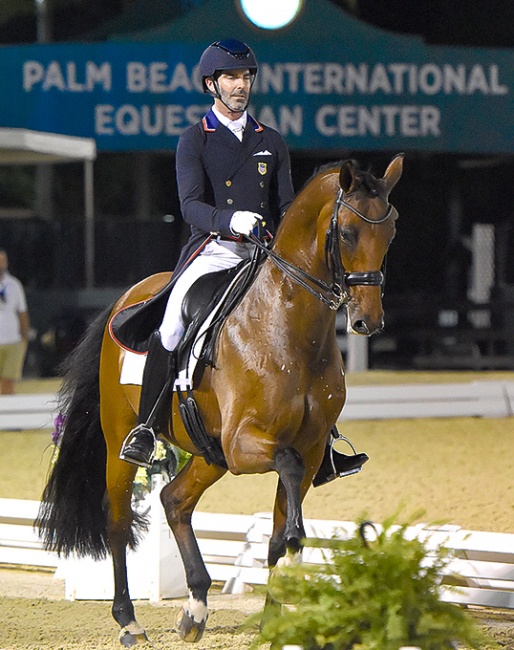 The show organizers of the 2022 Global Dressage Festival are spicing things up by moving the 5* classes of the CDI 5* Wellington on 23 - 27 February 2022 under the floodlights of the Palm Beach International Equestrian Centre,  home to the Winter Equestrian Festival (WEF) for show jumpers.

All other CDI and national classes for GDF Week 7 will remain on the Global showgrounds.

Both of the Grand Prix CDI5* classes will run under the lights in the PBIEC International Arena on the evening of Wednesday 23 February 2022, while the Grand Prix Special and Grand Prix Freestyle CDI5* will go on Friday evening 25 February.

Last time dressage took place on the show jumping grounds was in June 2021 when the U.S. Team Olympic selection trials for Tokyo were hosted there. The show hosts redid the footing of the show jumping arenas at WEF for 2022, but not at Global.