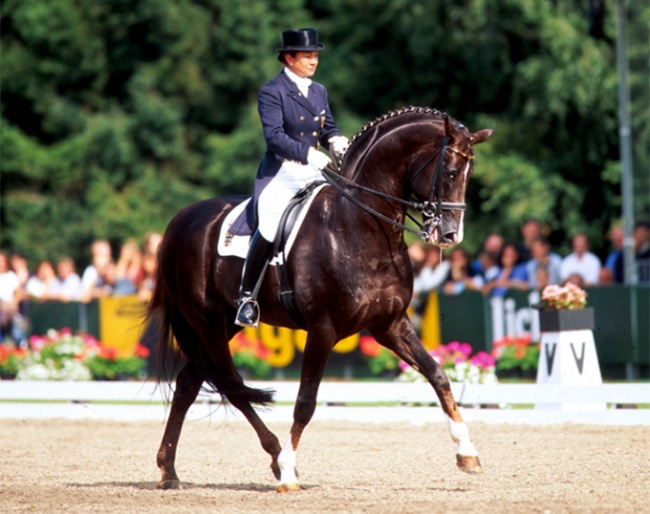 22,000 euro was the top amount paid for a unique lot in the 2021 Grand Prix Sales Online Auction of foals, embryos and straws. The auction concluded on 12 June 2021.

22,000 euro was paid for one straw of semen by the legendary, late dressage stallion Donnerhall. A German buyer secured this ICSI free straw for his breeding programme.

20,000 euro was paid for the most expensive foal of the collection: Red Knight DSV (by Vivino x For Romance). A Dutch buyer purchased this colt, which is out of the dam line of licensed stallion Kaiser Weltino.

The second most expensive foal cost 19,000 euro. Two foals found new owners for this amount of money. Redness Toto S (by Toto Jr x Jazz) and Fashion's Son (by Fashion in Black x Rock Forever). The former stays in Holland, the latter was sourced in Germany and will stay in Germany.

Maria Burczyk's filly by Viva Gold out of Cardamon (by Furst Romancier x Donnerball) sold for 13,000 euro to The Netherlands.

An in utero foal by Sir Donnerhall out of Rumira, the full sister of Rubin-Royal and Romanov sold for 12,000 euro to a Dutch buyer.