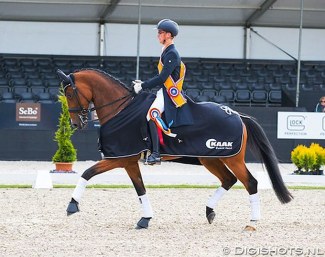 The 2020 edition of the Dutch Dressage Championships has returned on the calendar.

Due to corona the Dutch National Championships were cancelled on 28 - 31 May 2020. The event was supposed to be a team selection event for the Tokyo Olympics.

With corona measures relaxed in The Netherlands, the Dutch Equestrian Federation decided to repost the Nationals on the calendar on 17 - 20 September 2020.

The event will host 6 Championships: The senior Grand Prix championship as title fight, alongside nationals for para riders, children, juniors, young riders, and Under 25. There are also classes for ZZ-Zwaar and the small tour.

The event will be hosted at the KNHS headquarters in Ermelo, The Netherlands.