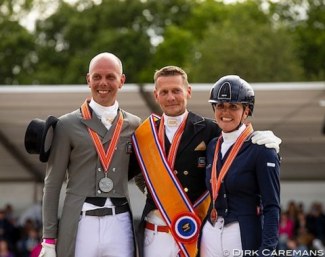 The Dutch Equestrian Federation (KNHS) has announced that the 2020 Dutch Dressage Championships will take place on 29 - 31 May 2020.

The Nationals will be hosted at the KNHS headquarters in Ermelo, The Netherlands.

The Nationals are not only for seniors, but also the children, junior, young rider and Under 25 divisions will be hosted. The event will be an observation trial for the 2020 European Championships later that summer.