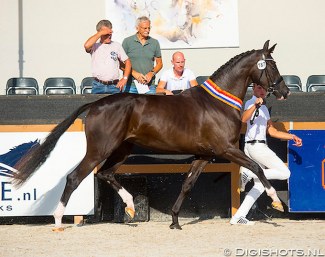 The KWPN society has decided to host a 2020 KWPN Mare Championship on 15 August 2020 as corona measures in The Netherlands have been relaxed as of 1 July 2020.

Initially the National Mare Championships were cancelled due to COVID-19, but with measures more relaxed, KWPN wants to give breeders the opportunity to put their mares in the spotlight.

The 2020 KWPN Mare Championship will be held at the KWPN headquarters in Ermelo, The Netherlands, on 15 August 2020.

The breed show season starts this week (1 July 2020) with regional inspections and championships. The best 3-year old mares will be invited to Ermelo for the Nationals.