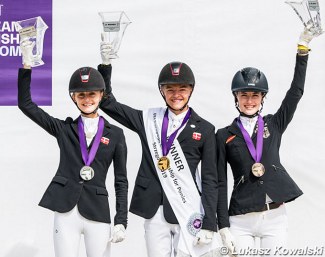 The 2020 European Pony Championships in Strzegom, Poland, have been postponed due to the corona pandemic. The organizing committee is currently working with the FEI to find a new date in the autumn.

The 2020 Pony Euros in dressage, show jumping and eventing, were supposed to take place on 15 - 19 July.

No official statement has been released by the organization, but the event is marked as cancelled in the FEI Database.  However, Eurodressage received word from the OC that they are searching for a new date in September or October in collaboration with the FEI.

With all shows cancelled until the end of May, there would have been only one month left for riders to officially qualify on their national team through official (national/international) competitions with the Euros in July.

This morning Eurodressage reported on the ground jury that was appointed for dressage in Strzegom as well as an update on the corona situation in Poland.

So What About the Other Euros?

The 2020 European Pony Championships are the second major (inter)continental Championship that is getting cancelled this year after the 2020 Olympic Games.