Isabell Werth on the Tokyo Olympics: "Incomprehensible Delay Tactic of IOC and Japanese" 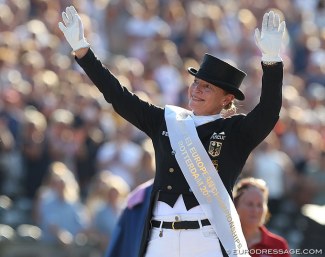 The German magazine Focus interviewed Isabell Werth, the world number on dressage rider and multiple World, European and Olympic champion, on the corona crisis and the upcoming Tokyo Games.

"It is an incomprehensible and totally not understandable delay tactic of the IOC and the Japanese," said Isabell Werth. "They should follow soccer and Fomula A as example and say now: the Olympics in July will not happen."

"I am totally in agreement. We should take our responsibility towards the elderly and be an example as an athlete. Stay at home," said Rothenberger.