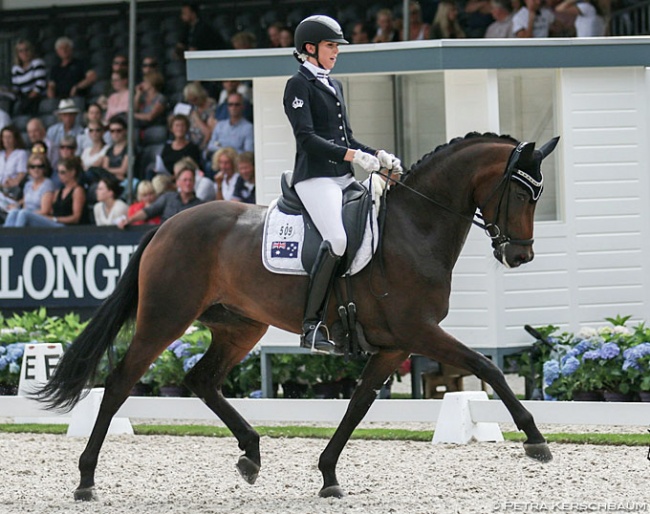 Fine Time is a 2011 born Oldenburg mare by Furstenball out of Dolce Vita (by Sandro Hit).

Unfortunately Fine Time did not become the hoped successor for Bateson's number one Grand Prix horse Alcazar. The mare sustained a career ending injury not long after her arrival in Wellington, Florida.

"We sold her as she had an injury and now she’s having babies," Bateson told Eurodressage. When asked who now follow in the footsteps of her "I have a bunch of young ones. Hoping at least one or two will be as good!! Or maybe better."

"She's the first Oldenburg Verband mare that we have, but we are excited to cross this impeccably German bred mare with KWPN blood," said Ruediger. "She has been shipped to Holland to gain access to the right KWPN stallions and will be bred there - with hopeful success."

She is expecting two embryo transfer foals in 2020, one by Vivino and one by Le Formidable.