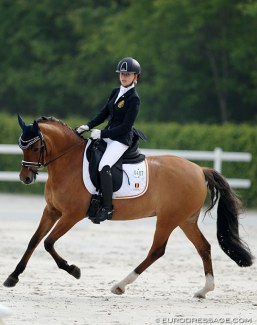 The Belgian Equestrian Federation has announced the team that will represent Belgium at the 2019 European Pony Championships in Strzegom, Poland, on 13 - 18 August 2019.

Belgian chef d'equipe Alain Rauw selected a team of four combinations that were approved by the dressage selection committee of the federation.

The final team observation trial and occasion to improve one's CDI score average was at the 2019 CDI Leudelange in Luxembourg last weekend.

On 9 July the team was announce

Representing Belgium in Poland are: