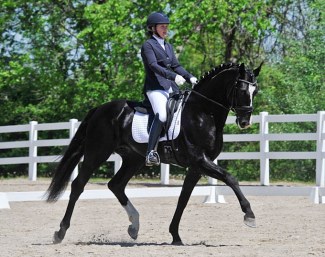 The United States Equestrian Federation has announced that one rider will represent the U.S.A with two horses at the 2019 World Championships for Young Dressage Horses in Ermelo, The Netherlands, on 1 - 4 August 2019.

Based on the scores achieved in the young horse classes in the U.S.A. this spring 2019, one rider qualified and agreed to make the trip across the Atlantic to Ermelo.

Only two combinations fully met the selection criteria and will represent the U.S.A. at the World Championships