US Equestrian Federation Prohibits Cannabidiols and their Metabolites 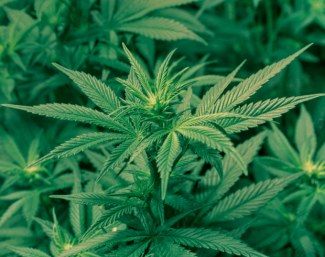 The United States Equestrian Federation issued a press release in which it stressed that the use of cannabidiols and their metabolites is prohibited in horses.

USEF further announced that Positive Tests of Cannabinoids (CBD) will result in GR4 Violations as of September 1, 2019.

Tasked with protecting the welfare of equine athletes and ensuring the balance of competition, the US Equestrian Federation (USEF) Equine Drugs and Medications Program consistently monitors new products and product claims. From time to time, new products appear on the equine supplement market claiming to enhance a horse’s performance. Over the last several years, cannabinoids have gained increased attention and have become nearly mainstream.

In 2018 Congress passed the Agriculture Improvement Act, also known as the “Farm Bill”, which defines “hemp” as both the plant Cannabis sativa L. and any derivatives of cannabis with less than 0.3% delta-9-tetrahydrocannabinol (THC). With the enactment of this bill, “hemp” is no longer considered a controlled substance under federal law, but THC remains a Schedule I drug with the Drug Enforcement Agency (DEA). The passage of the Farm Bill has created some potential confusion with respect to the use of these substances with competition horses.

USEF Equine Drugs and Medications Rules prohibit cannabidiols (CBD) and their metabolites. While hemp does not contain more than 0.3% THC, it does contain CBD. CBD, both natural and synthetic forms, are likely to effect the performance of a horse due to its reported anxiolytic effects. This substance is no different than legitimate therapeutics that effect mentation and behavior in horses. It is for these reasons that USEF prohibits CBD and all related cannabinoids. Horses competing under USEF rules who test positive for natural cannabinoids, synthetic cannabinoids and other cannabimimetics will be considered in violation of GR4 beginning September 1, 2019.

It is important to note that analytical methods are being implemented to detect CBD and similar cannabinoids. Both USEF and FEI list natural cannabinoids, synthetic cannabinoids, and other cannabimimetics as prohibited substances. Caution is important when using these products as their composition widely varies and may not be representative of their label claims as there is no regulatory oversight from the FDA, nor guarantee of their safety in horses.

As published literature does not exist noting detection times of these substances in the horse, and because products can widely vary in their compositions and concentrations, detections prior to September 1 will receive warnings. They will be considered to be in “Prior” violation if there are additional detections of cannabinoids following September 1. GR411 Conditions For Therapeutic Administrations of Prohibited Substances does not apply for cannabinoids and medication report forms do not apply.

With regards to human use, any athlete who is subject to testing under the World Anti-Doping Code can refer to the regulations for human use of cannabinoids here.