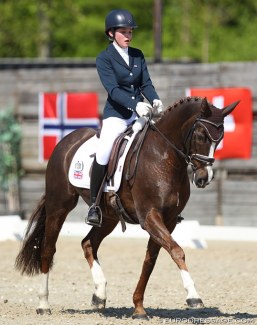 The British Dressage Pony Selectors Nikki Herbert and Leanne Wall  released a list of eight riders as their long list in contention for one of four places on the British squad for the 2019 Pony European Championships in Strzegom, Poland, on 14-18 August 2019.

Pony and rider combinations listed are those from which the Team/or Individuals and Reserves are likely to be selected, but others may be considered for selection if they reach the requirements set out in the Selection Policy.

The Pony shortlist will be announced following Hagen CDIOP/CDIP during the week commencing 17 June.

The British Long List for the 2019 European Pony Championships includes: