France Bans the Trimming of Whiskers 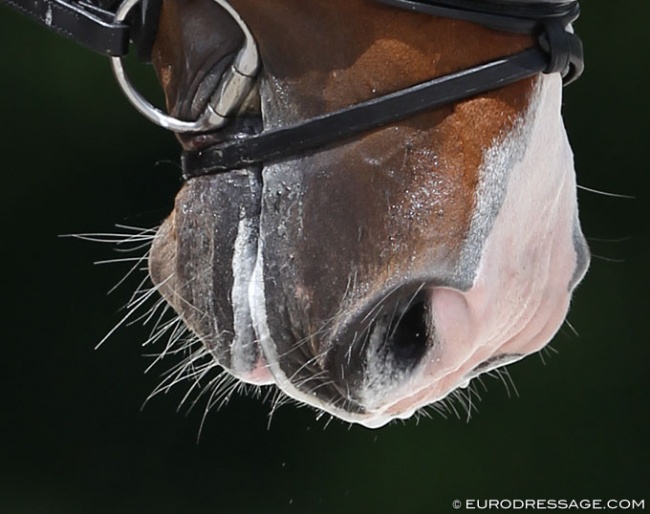 The French Equestrian Federation (FFE) has followed the example of Germany and Switzerland and banned the trimming of whiskers for horses and ponies competing at FFE endorsed events.

In Germany the trimming of whiskers and ears is prohibited by the German Animal Welfare Law. It states that it does not allow "the trimming the vibrissae around eyes and muzzle as well as clipping or cutting the hairs inside the ears of horses are prohibited." Competitors can be fined if their horses are found unlawfully trimmed or clipped.

France is now following suit. In its 2019 updated version of their general competition rules it has included this stance in section 1.5. titled "The battle against violations on the welfare of ponies and horses"

"Abuse can be defined as intentionally or unintentionally inflicting unnecessary suffering or discomfort to a pony / horse" by "depriving the ponies / horses of their vibrissae, the tactile hairs around the eyes, nose and muzzle." The French rule does not include cutting out the hairs from the horse's ears.

The FFE further considers abuse: the excessive beating of a horse; applying electric shock to a horse; using the whip excessively; giving a blow to the horse's mouth by yanking the bit; compete an exhausted, lame, sick or injured horse; abnormally sensitizing or desensitizing a body part; leaving the horse without food, weather or sufficient work; or using a device and tool that causes excessive pain to a horse when it jumps a pole.

When any type of this abuse is noticed, the president of the ground jury can eliminate the rider. The FFE and Disciplinary committee can impose additional sanctions.

The horse’s vibrissae are often trimmed for cosmetic purposes. However those hairs are critical to a horse's spatial awareness. They alert the horse for objects immediately in front of its eyes of or below its nose. Whiskers guide the horse's muzzle toward edible food and away from other objects. The whiskers near their eyes warn them from bumping into obstacles.

The FFE General Competition Rules can be read here.