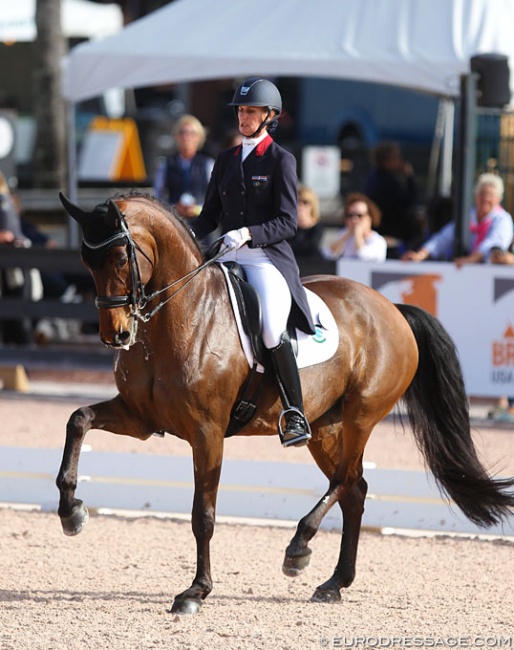 The field of 18 starters is now complete.

Each year the FEI determines a field of 15 competitors based on the final ranking and placings in the World Cup leagues across the world. Three "extra starting places" are allocated to bring the field to 18 riders in total.

The allocation of the extra starting places is based on:

Dominican republic's Yvonne Losos de Muniz, who is based in Wellington, Florida, received the spot as a non-league rider. She will ride her second GP horse, Aquamarijn.

German based South African Tanya Seymour has received the slot according to Art 9.5.2.1 Permanently domiciled athletes who qualify in the League where they are domiciled.

Adrienne Lyle and Emmelie Scholtens were invited based on rule 5.2.3. As Pacific League winner Rozzie Ryan declined her spot, not wanting to make the trip from Australia to Sweden for the event, two extra starting places were available. These were allocated to the athlete/horse combination(s) with the highest ranking (as a combination) on the February 2019 FEI World Dressage Ranking List,

Initially Dutch Madeleine Witte-Vrees (22nd on the FEI World Ranking List - 28th on the Western European League World Cup ranking) was invited for an extra starting place, but she declined the spot as she withdrew her horse Cennin already from the CDI-W 's Hertogenbosch because he was not entirely fit. Country mare Emmelie Scholtens (ranked 27th on the World Ranking and 17th on the WEL ranking) accepted the spot.

An FEI spokesperson confirmed that, "two athletes were ranked before Emmelie. However the invitations were declined."