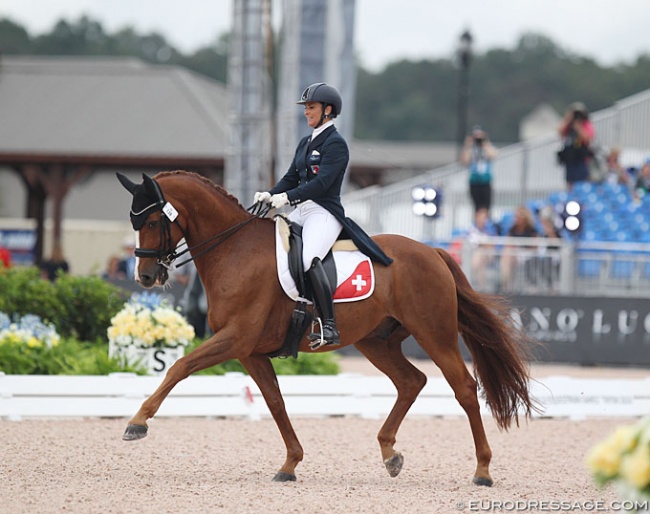 The Swiss Equestrian Federation has announced that it will distance itself from the seminar titled "The Future of Dressage? Having Fun is Not Enough" organized by Silvia Iklé's dressage academy in partnership with the regional equestrian federation OVK on 25 March 2019.

The seminar will take place on Monday 25 March 2019 at the Equine Clinic of Zurich and will have discussion panels with experts including Ton de Ridder, Grand Prix rider Anna-Mengia Aerne, judge Franz Häfliger, CHI Geneva show organizer Catherine Fankhauser and trainer Christian Pläge. The discussion will be moderated by Angelika NIdo Wälty.

In its flyer, the hosts of the seminar stated the following: "the once internationally successful dressage sport is now faltering in Switzerland. After modest results at an expensive WEG participation something is festering on the scene, but it is mainly kept behind closed doors. We (OVK - Ostschweizerischer Kavallerie- und Reitvereine) are for an open discussion. This is why the largest regional society in Switzerland, together with Silvia Ikle Dressage Academy, invites you to an open discussion. All those who are interested in dressage are welcome and reactions from the audience are desired. The admittance is free and no registration is required."

"This event is not to point the finger, but more to have an open discussion and put the finger on the pulse in the dressage scene. The organizers do not expect patented solutions, but wants to gather many opinions and themes, as well as discuss about experiences from the athletes, the role of the Swiss Equestrian Federation, and how finances should be allocated."

On 18 March 2019 the Swiss Federation issued a press release that it will not participate in this seminar.

"The board as well as the dressage committee of the Swiss Equestrian Federation distance themselves from this event, because there are no conditions for a constructive dialogue," the Swiss FN stated. "The way the invitation is formulated, the schedule as well as the email and phone conversations the past few weeks indicate to us that the discussions will be one-sided and not focused on achieving consensus."

The Swiss federation tried to arrange a round table discussion about this event, before it happened, so "the situation could be analysed with a solution oriented perspective, but this offer was rejected."