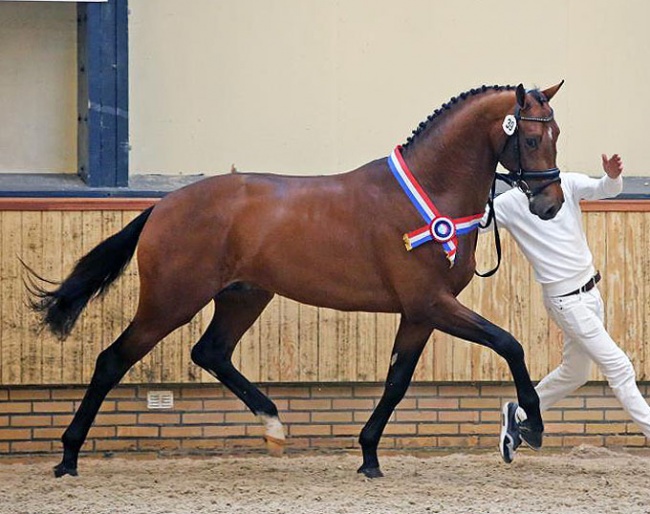 The dressage bred Glamourboy was named the champion of the 2019 NRPS Stallion Licensing held in Ermelo, The Netherlands, on Sunday 10 March 2019.

Glamourboy is by Glamourdale out of a Tango dam. He is bred by C. Van den Bogert and owned by Gert-Jan van Olst.

Two further stallions were invited into the premium ring.  Gert-Jan van Olst's Creedence (by Crosby x Dimaggio) was the reserve champion.  J. Boeve's Hands Up B (by Hitmaker x Redford) placed third. This horse was originally named H-Long Expected B.

Ten young colts in total were presented for licensing in Ermelo, which was the third and final phase of the licensing process. The second phase took place on 15 February, a late licensing was held on 3 March.

Amongst the stallions who have already done the performance test, Painted Pride (by Painted Black x Redford) was the best one.