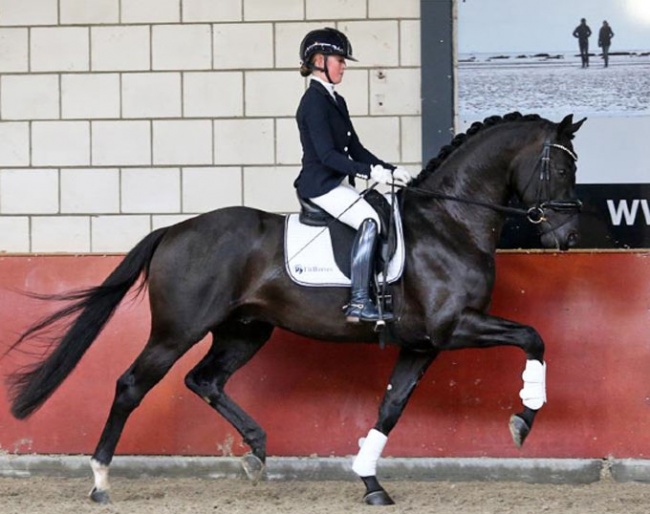 The KWPN bred D'Joep (by Desperado x Ferro x Roemer) became the high scorer horse of the 2019 NRPS Stallion Performance Testing in Ermelo, The Netherlands, which concluded on 12 January 2019.

Twenty-three stallions passed the testing, nine of them are dressage bred warmblood horses and two are dressage ponies.

D'Joep, whose original KWPN name is Joep but because of his NRPS licensed status he had to be allocated a name starting with the first letter of the sire, was already the NRPS licensing champion in 2018 and now he was the top scorer in the testing.

Bred and owned by J. van der Meijden, D'Joep scored 8 for walk, 8.5 for trot, canter, willingness to work and dressage potential, 8 for his dressage test and 9 for his behaviour in the stall. D'Joep was praised for his clarity in walk, power, balance and activity in trot and good self carriage and engagement in canter.