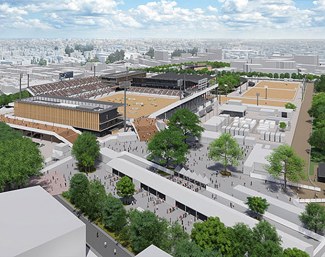 The FEI Bureau has decided that the qualification period for the Tokyo 2020 Olympic Games starts on 2 January 2019.

The Olympic competition formats for Jumping and Dressage will be tested at Hagen (GER) in June 2019 during an adapted CSIOY/CDIOY.

The Bureau approved the testing of the FEI Event Classification System (ECS), currently used for Jumping, to help evaluate events in order to formalise a new bidding process for WEL CDI-W qualifiers for Dressage for 2019-2020 and onwards.

The FEI Board agreed that allocation of the Group C Jumping and Dressage qualifiers would be postponed due to transport issues for horses to access the proposed locations in Budapest (HUN) and Moscow (RUS).

The proposal is for a decision to be taken during the Board teleconference on 19 December following further evaluation on the health requirements from the Olympic Group C nations and recommendations based on a thorough review of both venues by the FEI Veterinary Director and the relevant Discipline Directors.

The Dressage Committee will identify an event in Europe that can host a Dressage qualifier for Group F. There is no requirement for a Group G qualifier following Australia’s qualification at the FEI World Equestrian Games™ in Tryon 2018.

The Bureau also approved amendments to the rules of the FEI Dressage World Cup™ 2019/2020 and the FEI Dressage Nations Cup™. All rules will be published in due course on the FEI website here.