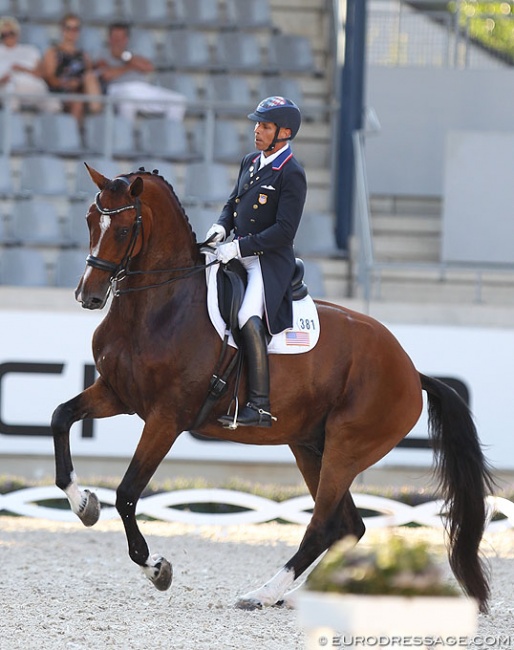 The United States Equestrian Federation has announced that Steffen Peters' horse Rosamunde has been withdrawn from the U.S. Dressage Team that will compete at the 2018 World Equestrian Games. Peters' second ride Suppenkasper will be substituting.

Akiko Yamazaki's 11-year old Rhinelander mare Rosamunde (by Rock Forever x Fidermark) is not fit enough to compete at WEG next week and will be replaced by Akiko's 10-year old Dutch warmblood gelding Suppenkasper (by Spielberg).

“Both Rosamunde and Suppenkasper traveled from the West coast by plane and truck to arrive here at the WEG,” said Technical Advisor and Chef d’Equipe Robert Dover. “With the travel, and adapting to the local climate, Rosamunde was slightly dehydrated upon arrival. This caused a disruption in her training schedule. She has recovered well but with the best interest of the mare in mind, and with how wonderful Suppenkasper has been training; the decision was made to make the substitution. We are excited to see this new, up-and-coming horse perform on the world stage.”