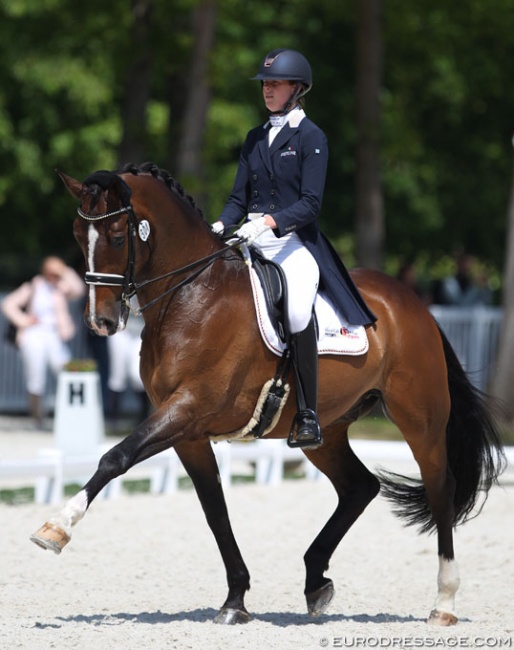 Belgium's highest ranked pair on the FEI World Rider Ranking, Jorinde Verwimp and Tiamo, will not be competing on the Belgian team at the 2018 World Equestrian Games in Tryon, U.S.A. on 12 - 15 September 2018.

What was supposed to be their retirement year with a special retirement ceremony already planned at the 2018 CDI-W Mechelen in December has goon awry.

For the first time in the tall bay gelding's competition career, Tiamo has been struggling with fitness issues. He did not pass the vet check at the 2018 CDIO Aachen and one month later performed far below par at the 2018 Belgian Dressage Championships. Their nomination on the Belgian team by team trainer Sjef Janssen came as a surprise.

On Monday 27 August Verwimp announced her withdrawal from the team.

"It really hurts having to say that i've decided not to go to Tryon," said Verwimp. "Timmie was not himself during the Belgian championships. After we found out he had hurt his back, the past few weeks we did everything possible to help him get better and he was getting better again. I competed him yesterday at a national show and felt that he was still not like he used to be. I don't want to push him to do anything he is not ready to do. The time is too short to bring him back to his top level. He always gave his best to me at every show we did and now I feel he needs some rest for his body and mind. This is not the way I hoped his last year would be like, but Timmie's health is the most important thing for me and he can have all the time he needs now."

"Really happy to announce that Aranco and I are going to the WEG Tryon," Cool stated. "We will take Jorinde Verwimp 's place and hope to be a worthy replacement."