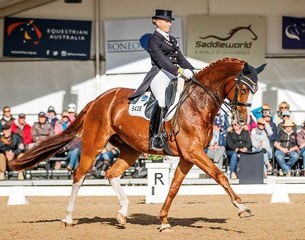 Without fault the Australian Equestrian Federation is facing yet another appeal in its championship Dressage Team Selection Process.

For the past four team selections, Equestrian Australia has not been able to go through one without dealing with lawsuits and major upset. It happened in 2012, 2014, and in 2016 a team horse got selected despite a positive medication case.

Equestrian Australia received a notice of appeal in relation to WEG dressage team selection process. Team reserve Judy Dierks has appealed the dressage selection policy and processes for WEG  and not the team itself, according to Equestrian Life.

The appeal will be heard by the Equestrian Australia Appeals Panel to be chaired by Judge Warwick Hunt on the evening of Wednesday 1 August, 2018.

Equestrian Australia announced that no further statement will be made until the conclusion of the Appeal hearing when a final decision by the EA Appeal Tribunal will be handed down.