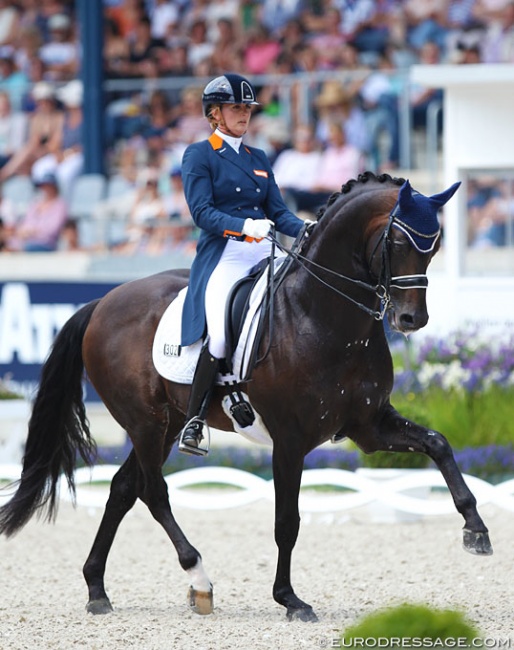 Emmelie Scholtens and Apache will not be competing at the 2018 Dutch Dressage Championships in Ermelo, The Netherlands, which begin 26 July 2018.

Dutch team trainer Rien van der Schaft has given his consent that the KWPN licensed stallion will be withdrawn from the Nationals, which are the second mandatory Dutch WEG team selection trial. Scholtens and Apache (by UB40 x Krack C) have proven consistency this 2018 outdoor show season and were the best performing duo at the 2018 CDIO Aachen last weekend.

Madeleine Witte-Vrees and Cennin will be competing in Ermelo despite their Aachen start. The chestnut Vivaldi x Donnerhall offspring has not been as consistent as Apache and Van der Schaft would like to see him again in Ermelo.

Because of the never-ending heat wave in Europe, the programme of the 2018 Dutch Championships has been changed to became more "Spanish" style with a siesta break mid-day during the hottest time. The classes on Friday will start early at 6.30 until noon and then pick up again in the evening as of 18h00.

Extra tent stalls and places to find shade have been installed all over the show grounds and the two indoor schools will be opened as well.