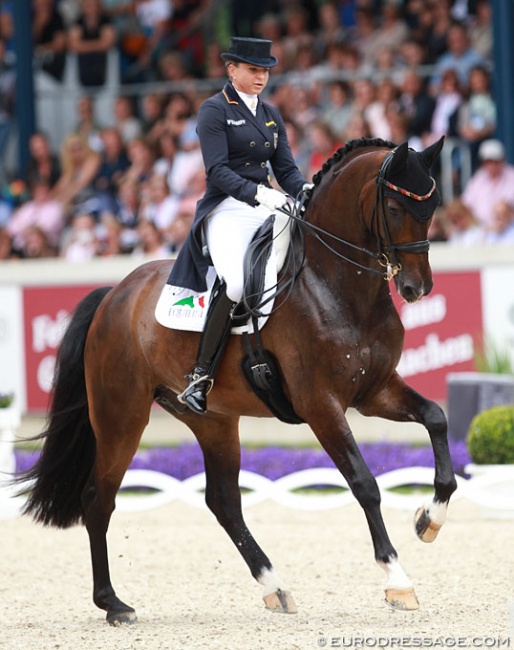 German team rider Dorothee Schneider has withdrawn her 2016 Rio Olympic Games' horse Showtown from competing him in the 4* Grand Prix Special at the 2018 CDIO Aachen in Germany on Friday 20 July 2018.

The Hanoverian gelding by Sandro Hit x Rotspon made his come back to the show ring on Wednesday 18 July after an 8-month break due to an injury. The horse finished second in the 4* Grand Prix with 75.652%.

This morning Showtime stood with a swollen leg in his Aachen box and it has been decided in the best interest of the horse to withdraw him for further competition.

It is unsure whether this also implies a definite out for Showtime from German WEG Team contention. The definite entries have to be submitted on 3 September and the German selection committee has set the Turnier der Sieger in Munster as well as the CDI Cappeln in August as final team observation moments, where riders can prove fitness.