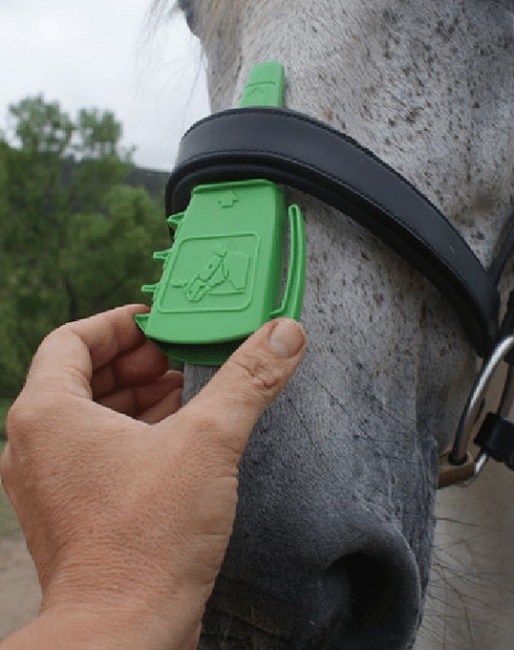 A remit has been submitted to Dressage New Zealand to make it illegal to have the horse’s noseband tighter than the universally accepted two-finger rule.

Dressage NZ is holding its annual conference in Palmerston North on 30 June - 1 July 2018, where changes to the rule book will be discussed and decided, as well as the future development of dressage in the country. Further topics up for discussion are the timing of prize givings at shows, arena familiarisation rules, and development plans for judges.

Supported by Dressage Bay of Plenty and the North Island Rider’s Representative Alicia Zee, New Zealand Grand Prix rider Jody Hartstone has submitted a remit to ban tight nosebands from the sport.  Hartstone is also a former member of the Council of the International Society for Equitation Science

“I have witnessed first-hand, dressage horses with permanent indentations in their nasal bone from restrictive nosebands. That has to be extremely tight and very uncomfortable to cause bone to remodel itself.  I find it disturbing that the current FEI rule on noseband tightness states that as long as one finger can be inserted into the side of the noseband by a steward, then it is deemed to be acceptable.  I set up an experiment at home that I videoed with my own horse – you can see first hand that even when the noseband is done up extremely tight to the point where you can’t even get a finger nail under it, the FEI “one finger in the side” rule is still an easy target to make.”

The remit eludes to the use of a standardised taper gauge that has been produced by the International Society for Equitation Science to make it simple and infallible for stewards and riders to be able to check their noseband tightness.

The official proposed remit reads: "That all Dressage New Zealand stewards be provided with an approved Noseband Taper Gauge in order to test the tightness of nosebands in an equitable way. This Noseband Taper Gauge needs to be used on the Nasal Planum (front of nose) to ensure that there is room for two fingers placed beside each other horizontally underneath the noseband. Stewards MAY check noseband tightness at any time during an event. Any official / judge can ask a steward to check the tightness of a horse’s noseband at any time during an event. If the noseband is found to be too tight before a dressage test has been ridden, the rider will be given the opportunity to loosen the noseband until it is of the correct tightness. If the rider is found to have ridden a horse/pony in a test with a noseband tighter than set out in the guidelines for the Noseband Taper Gauge, they will be eliminated from that test. Stewards MUST check noseband tightness using the taper gauge at all mandatory inspections."

"New Zealand has been a world leader in many fields – Kate Sheppard getting women the vote, Ernest Rutherford splitting the atom, Ed Hillary claiming the summit of Mount Everest as his own," said Hartstone. "Here’s hoping we can also lead the way in championing the cause for better welfare for our dressage horses."