Sezuan to Stand for Only Four Months this 2018 Breeding Season 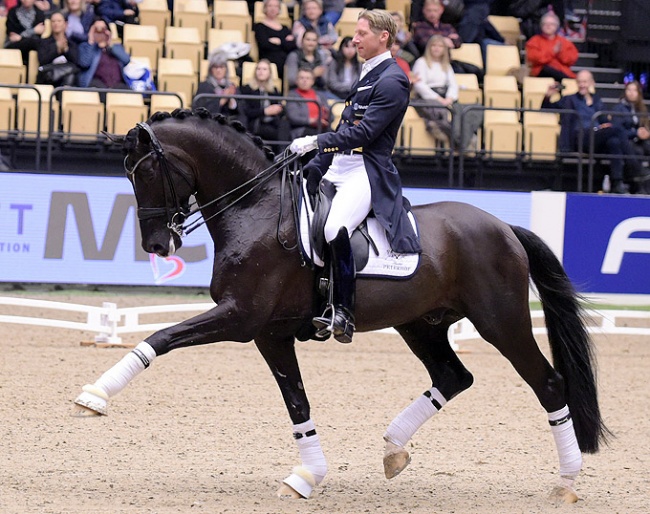 The triple World Young Horse Champion and Danish warmblood licensed stallion Sezuan will only be standing four months at stud this 2018 breeding season. His book closes on 31 May 2018.

From the beginning of June Sezuan will be focused on sport with Swedish Olympian Patrik Kittel in the saddle;

“Sezuan is being prepared by Patrik Kittel for his first starts in the Grand Prix class for which he needs all his energy," said owners Arlette and Edwin Kohl. “At only nine years old Sezuan has already accomplished so much, in the sport as well as in breeding. We have always placed importance on using this wonderful stallion moderately. As of summer Sezuan is supposed to concentrate solely on sport.”

Sezuan is the flagship of Gestut Peterhof in Perl-Borg, Germany. The jet black son of Zack was the Danish Warmblood licensing Champion, record scorer in the stallion performance test, and under Dorothee Schneider he became triple world champion for young horses.

Sezuan has produced 15 licensed sons in Germany, Great Britain, Denmark and the Netherlands so far, among them  the Hanoverian Licensing price highlight So Unique as well as the second most expensive stallion at the Munich Licensing, Spotify.