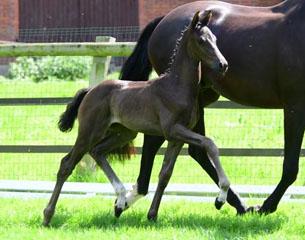 After the resounding success of the very first Paul Schockemöhle Online Foal Auction, the PS team has decided to host a second edition with another top collection of dressage and jumper foals, which will fulfil the dreams and requirements of any equestrian sport aficionado. Check out the collection of the 2017 PS Online foal auction at https://ps-online.auction.

The new PS Online Auction, which starts 17 August and ends on 27 August, has a selection of 25 top foals.The group of hand picked foals includes colts and fillies from sought-after sires such as Balou du Rouet, Big Star, Cornet Obolensky, Presley Boy, Foundation, Vitalis and Vivaldi. They are out of the most successful dam lines and will certainly interest buyers from all around the globe.

Bid are accepted as of 17 August. Interested buyers can submit their bid on a top foal on this website.

Maybe you will be the lucky owner of one of the exquisite upcoming talents? 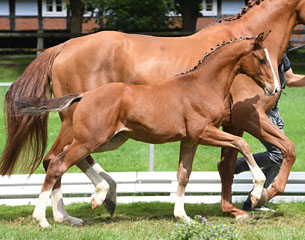 View the entire collection of foals at https://ps-online.auction